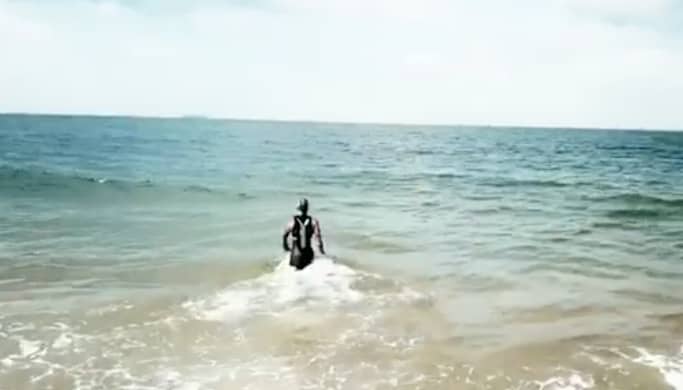 We are constantly amazed by MFO partner, friend, and donor Ashley Horner.  Since she first started helping our orphanage she has been a fearless champion of the MFO kids, developing relationships with the boys and girls, as well as the entire Hinche community.  If you’ve followed the MFO story over the past few years, you know Ashley sets big goals and then crushes them!

In the Spring of 2017, she ran ​230 miles ​around the western border of Haiti, planning to raise $28,000. But Ashley never shirks a challenge, so when the $28,000 goal was reached during the run, she doubled-down and increased the goal to $56,000!  Seventy-two hours after starting, Ashley and her supporters had crushed the new goal and raised over $64,000!

Her involvement is more than raising money, though. Ashley is committed to our MFO community.  She believes in our efforts, whether it’s welcoming children from the community to attend our primary school or making sure we lift up the local economy by shopping locally for items we need to support the children.  She knows we are raising the future leaders of Haiti and through her repeat visits (including with her own boys), she has seen the need first hand and knows that local involvement is crucial to the orphanage’s success.  She also understands that a little money goes a long way, and a lot of funding can go even farther.

“I fell in love with the people of Haiti the first time I touched down.  Their spirit, their storytelling, their sense of identity around being Haitian.  It will inspire me as I do my small part to bring awareness and funds to create opportunities for the children at Maison Fortune,” said Ashely.

So this year when Ashley said she wanted to do another fundraiser, we knew she would go all-in. And is she ever!  Soon Ashley will launch a 50-day warrior woman effort – completing 50 Ironman challenges in 50 days, to raise money for the children of Maison Fortune.  It’s a Herculean challenge – one that is already receiving national attention, including a feature on USA Today.  We couldn’t be prouder of Ashley, or more appreciative of her commitment to the children and the future of Haiti.

Look for more news about the Woman of Iron in the coming weeks!